Established in 1994 by a Lao-Thai family, the Lao Zoo was a popular attraction for locals and tourists alike. The zoo aimed to give people the opportunity to see and learn about Laos’ most striking species, whilst promoting their conservation and continued survival in the wild.

In 2015, the owners of the zoo started a major project to improve the existing facilities and grow the site into the country’s first ever multi-species wildlife conservation center, a shining beacon against the illegal wildlife trade in Laos. Following a period of collaboration with southeast Asian wildlife NGOs, the Lao Conservation Trust was formed, and registered as a non-profit organization in Laos and a charity in the UK.

Since joining forces with LCTW, many improvements have been made to the habitats and the care animals receive on the Lao Zoo site. New enclosures were built, giving animals large spaces in which to roam freely, in environments that replicate their natural habitats and encourage them to exhibit the same behaviors they would in the wild. Alongside this, animals were integrated into more natural social groupings, giving them a constant source of stimulation and helping new rescues and existing residents alike to restore their wild natures.

With the help of wildlife nutritionists, the animals’ diets were reformulated, following international standards used by zoos and sanctuaries worldwide to ensure our residents have all their nutritional needs met. A newly built wildlife hospital also allows our team to provide 24/7 support medical care for all of the animals in our care.

Our team has developed a daily enrichment schedule for all of our animals, with much appreciated assistance from our international volunteers. Enrichment is designed to encourage animals to behave more naturally, as they would in the wild, and has massive benefits for their mental and physical health. Without enrichment, many of our releases would not have the skills or instincts necessary to survive in the wild.

Our joint vision merges the goals of Lao Zoo and LCTW, becoming not only a world-class ethically-run refuge for victims of the illegal wildlife trade, but also a center for knowledge and education: giving the next generation of conservationists the tools they need to protect the wildlife of their country for generations to come. Our improvement project is still ongoing and there is much more to be done, but each day brings us closer to our goal.

The entrance to the Lao Zoo 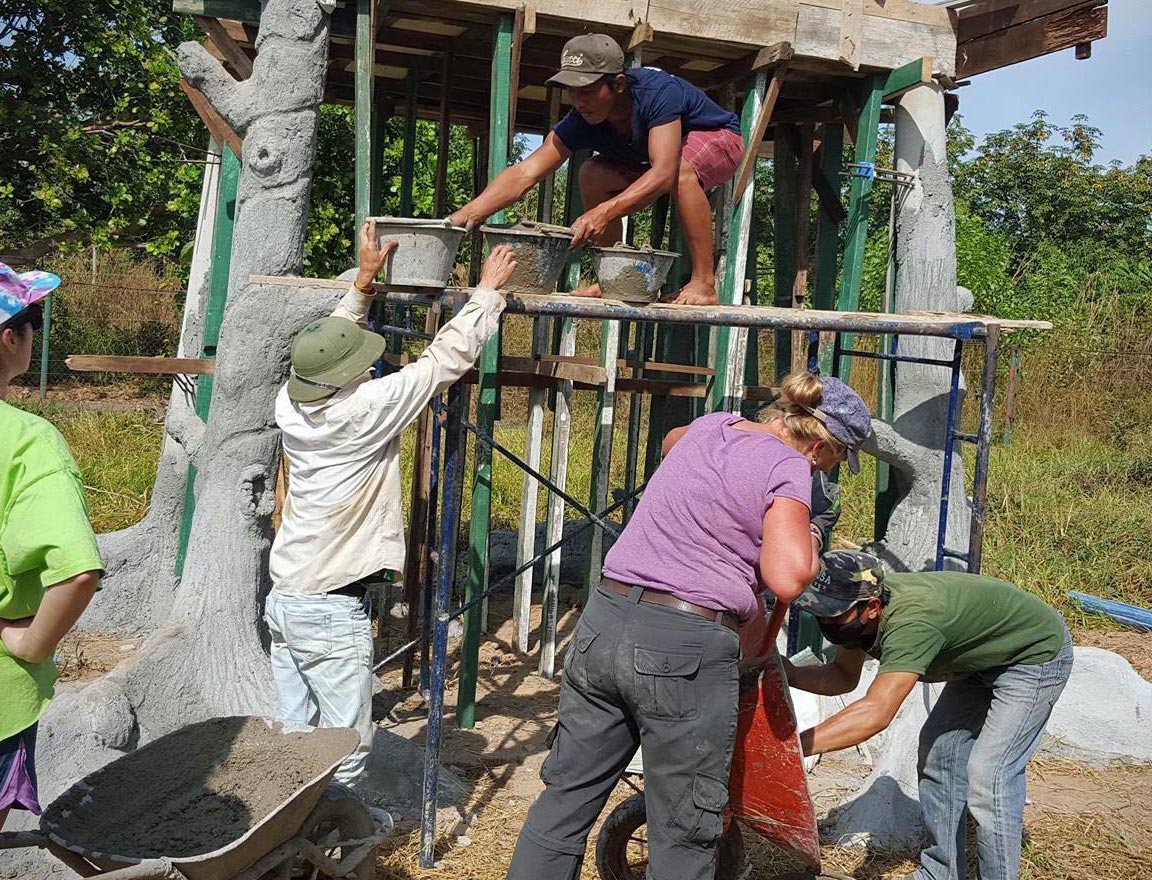